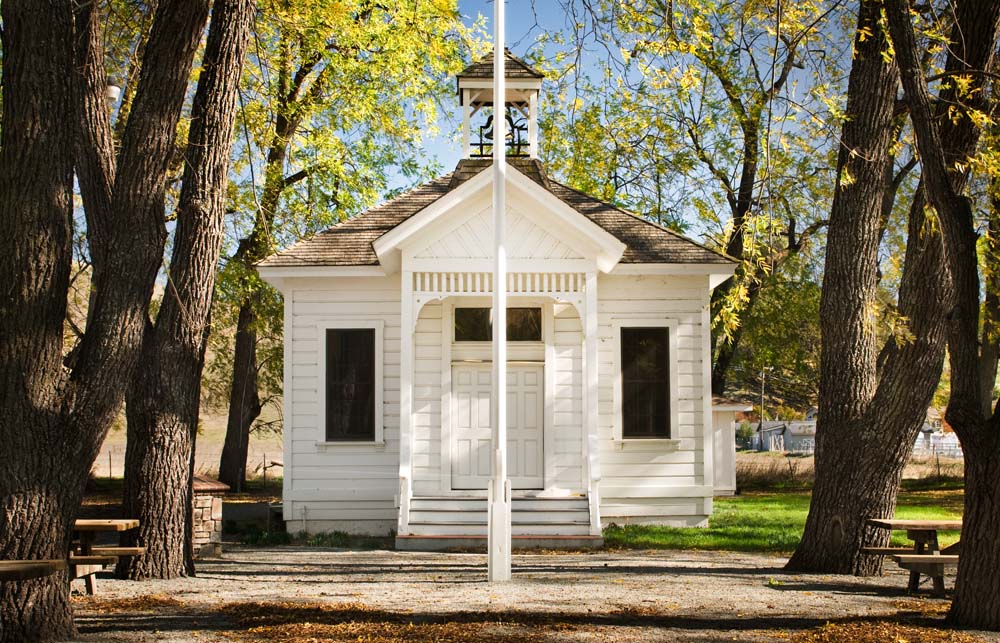 Built in 1889, the one-room Tassajara Schoolhouse is located at 1650 Finley Road, east of Danville in Contra Costa County's Tassajara Valley. Students from Tassajara Valley ranches attended this school from 1889 to 1946. Today, the Museum of the San Ramon Valley uses this "living museum" to present the third grade one-room school program to 2,500 students each spring. The One-room Schoolhouse Program aims to help students compare and contrast today's classroom with that of a one-room school including an understanding and appreciation of our rural school heritage. The location has picnic tables surrounded by large walnut trees in an idyllic setting ensuring a memorable picnic, tour or visit. A belfry with bell, old outhouses, a restored stable and a new redwood water tower complete the picture. The school and grounds are now owned and maintained by the San Ramon Valley Fire Protection District. The schoolhouse closed in 1946 and was later deeded to the Tassajara Fire District (TFD) for restoration and general upkeep. The schoolhouse is where all TFD board meetings and events were held. The schoolhouse became a very important part of the TFD because it was a place where fire department personnel and the community came together. In 1990, when the TFD consolidated with the San Ramon Valley Fire Protection District, the schoolhouse became the responsibility of the SRVFPD and the citizens it serves. If buildings could talk, the Tassajara Schoolhouse would tell of children reciting lessons, ciphering and singing in a classic one-room school. Below is additional information provided by local historian Beverly Lane.

The schoolhouse was the second Tassajara grammar school, built when the student population outgrew a smaller structure. On January 12, 1889, ten out of ten Tassajara School District voters approved the sale of bonds amounting to $1700 to purchase a lot, build, and furnish a school. Peter Anderson was paid $200 for an acre of his ranch land on Finley Road. The Livermore Echo Newspaper (March 14, 1889) reported that the contract for the new school was let to J. L. Weilbye of Sunol. In those days, such a small building would have been constructed soon after the contract was signed. Students from first to eighth grade walked, rode horses, and took buggies to school. In 1889, Richard D. Williams was the teacher, and 41 students attended that August. Roger Podva (born in 1884) began school in 1890 and said there were 42-75 students at the school when he attended, sitting two to a desk. They learned mental arithmetic, reading, geography, spelling and writing. A picture of George Washington hung on the wall. The Contra Costa Gazette announced that the Tassajara School children raised their new flag on August 1, 1890 with appropriate ceremonies. As part of the program, George Fergodo, Tony Silver and Walter Scott gave the recitation "Red, White and Blue" and county school board member A. J. Young gave a speech "appreciated by young and old." According to historian Vivian Coats Edmonston, "Roger Podva said that the black walnut trees in the school yard were planted by the children, starting with the oldest child down to the youngest." 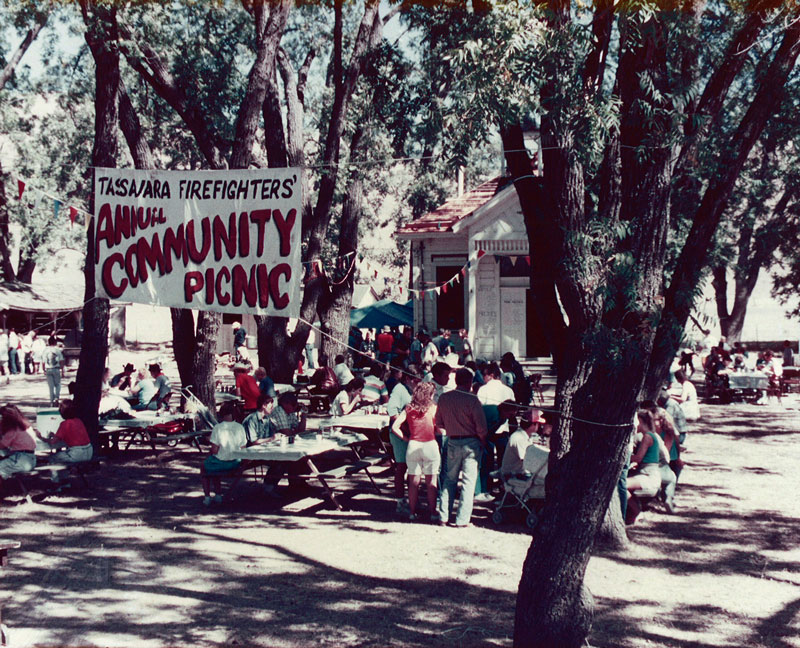 A public high school in downtown Danville opened in 1910 and some of the students traveled into town for higher education, joining grammar school graduates from Sycamore Valley, San Ramon, and Danville schools. Because of dirt roads, the school year calendar varied. In 1921 school opened for the fall semester on July 18, according to the Contra Costa Gazette. It opened early "as a mid-term vacation of two months is taken each year during the heavy rains of the winter when students residing in the rural sections are unable to attend." In 1946 Tassajara School enrollment shrank to 11 after two large families moved away. Several parents thought that students could get a better education by going to a more modern school. That year the school closed, and students and teacher Gertrude Arendt went to Danville for elementary school. The desks were transported to Danville as well. Gordon Rasmussen, who was in sixth grade when the school closed, said "it was like hitting you with both barrels. In 1946 I had one other kid in my class, but then all of a sudden the next year there were 40."(Times, 1972) His younger sister, Nancy, worried about learning all the names in her Danville class, since she had been the only one in her grade. A yellow bus took them into Danville. The abandoned school fell on hard times. The bell disappeared, windows were broken and Washington's picture was stolen. But people in the Tassajara community organized to restore and care for the schoolhouse, replacing the foundation and roof and putting in new wiring and floors. They created the Tassajara-Highland Improvement Association and, in 1970, a new fire district. An annual picnic at the school included a barbecue, raffles, auctions, games and recruitment for fire volunteers. Funds were raised for the restoration. Eventually the picture of Washington was returned anonymously by the youth who took it. In a note he said his conscience had bothered him. Mrs. Arendt donated a World War I Liberty Bell from Pleasanton.

Today the schoolhouse is in excellent shape because of the efforts of the Tassajara and San Ramon Valley Fire Districts, dedicated volunteers such as Gordon Rasmussen and Vera Reinstein, and the supportive Tassajara Valley community. The San Ramon Valley Fire Protection District installed a flagpole on the original site. A historic plaque was placed by the San Ramon Valley Historical Society in 1999. For over 100 years the schoolhouse has been an important feature of the Tassajara Valley. It was a school, first and foremost. But it has also been used for graduations, dances, 4-H, fire board meetings, church services, picnics, and a polling place. The picturesque school is a favorite subject of artists and photographers. The restored Tassajara School stands as a tribute to the caring community which worked to save it.

Ownership Transferred to the Museum of the San Ramon Valley

The San Ramon Valley Fire Protection District and Contra Costa County transferred the stewardship of the 'One Room Schoolhouse' to the Museum of the San Ramon Valley in October 2012. This regional treasure is now owned by the Valley's organization dedicated to preserving local history.