The Fire Administration Office will remain closed through the week of 3/30-4/3/2020.

Essential Services will continue to be available to the community through online services and other means to continue processing transactions during the COVID 19 pandemic. Plans submitted online will be checked daily, along with the general information message line at 925-838-6600. To submit a question online you can email info@srvfire.ca.gov.

Please continue to check our website for updates. We are here for you! 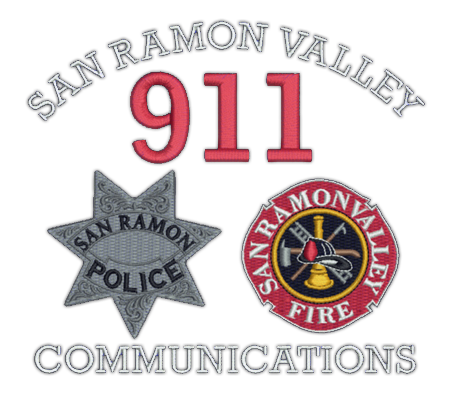 The District's Communications Division consists of a Director of Emergency Communications, six Dispatchers and three Dispatch Supervisors. Dispatchers provide pre-arrival instruction to responding emergency personnel utilizing the Medical Priority Dispatch System which is integrated into the District's Computer Aided Dispatch (CAD) system. Emergency instructions are given by highly skilled dispatchers trained in assisting a caller in life saving techniques such as CPR and the Heimlich Maneuver - prior to the arrival of fire/paramedic personnel. Dispatchers will continue to talk to the caller through the emergency until the emergency crew arrives, and will assure the caller that help is on the way. In 1996, the District's communications center was accredited by the National Academy of Emergency Medical Dispatch (NAEMD) as an Accredited Center of Excellence - only the seventh center to receive this prestigious award worldwide. In 2000, 2004, 2008, 2011, 2014, and 2016 the communication center was reaccredited by NAEMD. 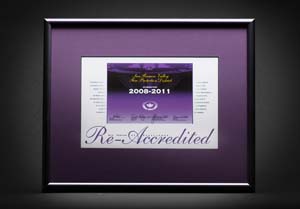 The San Ramon Valley 911 Communications Center is equipped with the latest advances in emergency telecommunications technology. These systems include an Enhanced 9-1-1 System; this allows the location and phone number of the calling party to be displayed on a computer screen which interfaces with the Computer-aded Dispatch (CAD) workstation. The caller's location is then mapped on the CAD screen, utilizing an extensive mapping system of the District's response area. The information includes individual address, locations of fire hydrants, fire trails, helicopter landing zones, detailed pre-incident aerial surveys, and road hazards that could slow an emergency response. District apparatus also have mobile data computers (MDC's). The mobile computers enable command personnel to view real-time data from the computer-aided dispatch system and to interface with automatic vehicle location (AVL) hardware. This combination allows for sophisticated visual mapping and navigation capabilities. The MDC's also provide detailed incident and building information, aerial photography, and two-way messaging. These capabilities give District personnel additional situational awareness when responding to emergencies and improve firefighter safety and performance.

Citizens can use text messaging if they are in a situation where they are unable to talk on the phone to a 911 operator. Learn more about Text to 911.

You can monitor live CAD (Computer Aided Dispatch) information and listen to live radio traffic between our dispatchers and fire crews by visiting the Live Dispatch page.